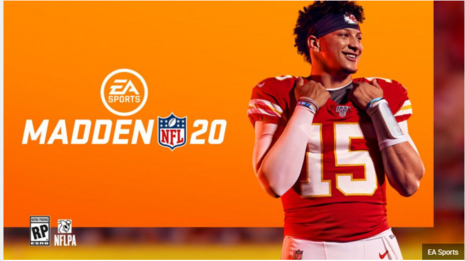 With Week 17 in the NFL season under way, let’s take the opportunity to point and laugh at the nutty professor who went on a Twitter rant on Tuesday against beloved NFL coach-turned-broadcaster John Madden for having contributed to the dehumanization of black athletes and “glamorized violence” by lending his name to the classic “Madden” series of pro-football video games through EA Sports.

I have lots of opinions on John Madden. The creation of the Madden video game was not a great development for the U.S. It further glamorized violence and dehumanized Black athletes, helping to establish plantation cosplay that has grown worse in the era of fantasy football.

The video game distanced the reality of the violent sport from fans, and transformed human behaviors into artificial numbers and simulations. It glamorized athletes, using their name for profits while encouraging fans to disregard the humanity. Madden built a digital plantation. 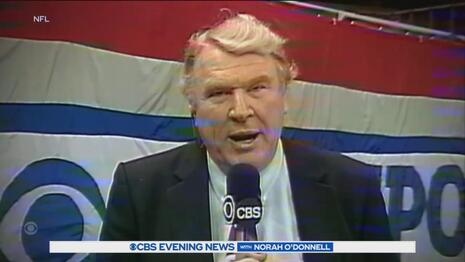 This was a crazy thread. He added “At every point in his career — coach, announcer, video game producer — Madden profited off of Black athletic labor and glamorized the violence inherent in the game.”

He ended the thread with “When your entire life is based on expanding and profiting off of one the of most violent and exploitative games, veneration is not exactly something that you deserve.”

McGregor was relentlessly mocked by conservative (and pro-NFL) Twitter, and this tweet of his was identified and spread:

The fake kneel down is the exact kind of play I would have used against my brother in Madden. It would have perfectly complemented my fake punt offense. @mDmcgregor

Robert Schmad at Campus Reform noted this race-and-sports beat is an obsession of McGregor’s.

In one such blog post McGregor writes that the acceptance of minority athletes is “part of a constant renegotiation born out of late-nineteenth century notions of respectability tied to a white supremacist racial hierarchy endemic to Anglo-American culture that is baked into our social, political, and sporting institutions.”

…McGregor also claims that any power racial minorities may acquire as a result of playing professional sports “is bounded up in racial capitalism — a devastating intermixing of exploitative capitalist practices with the increasingly innovative bondages of white supremacy.”

You can see more in the Barstool Sports article, titled “Is This Violently Out Of Touch John Madden Take The Worst Take In The History Of Bad Takes?”